Wedding photography history, now and then. 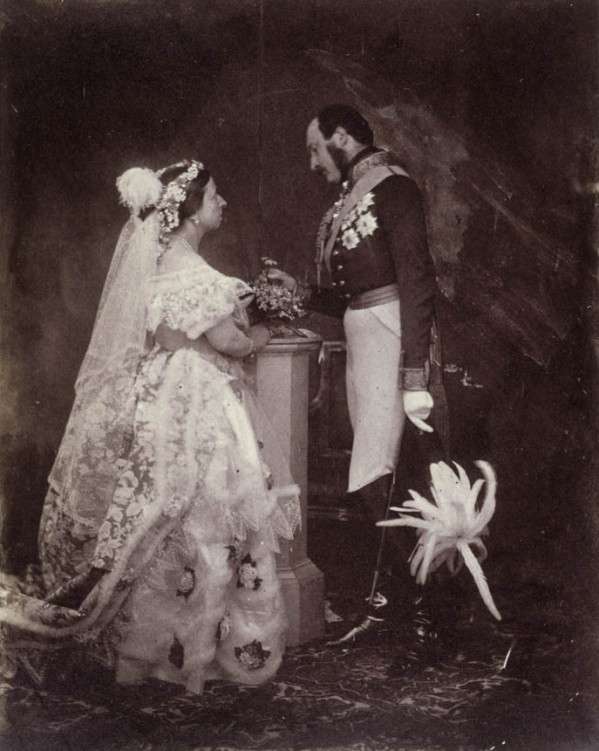 Wedding photography history has always been interesting to us. When we started researching the subject we were amazed how things have changed over the years. We stepped back through time with our clients, people we know and love to discover how technology has changed and about people's changing expectations of their wedding photos.

Commercial photography got started in 1839,  big, complicated slow equipment meant wedding portraits, which were becoming popular already, were taken in a studio. Usually just the one picture too!

The first example of a wedding portrait we’ve found is from 1854 by Roger Fenton. It’s Queen Victoria and Prince Albert and was shot 14 years after their wedding as the new Queen liked the concept of photography. Probably the first photo of a white wedding dress too, a tradition started by Victoria which is still with us today.

Looking back at lots of very early wedding pictures, we noticed how serious everyone looks and wondered if that was about their emotions or the way the photo was taken? We knew that older cameras needed to have a very still subject or the picture would be blurry, but we also found that people’s views on art and smiling were different back then too! Early photographers saw the new art as similar to painted portraits and so not smiling was like 'real art’.

Victorians also thought smiling a little bit 'common'. Mark Twain even said "I think a photograph is a most important document, and there is nothing more damning to go down to posterity than a silly, foolish smile caught and fixed forever." So average folk couldn’t afford wedding photos and those who could, thought it beneath them to smile! Funny really, as now, it's the smiles which make a wedding photo!

We’ll skip ahead a bit now, through 1880 when photography got more mobile, 1900 when the first (not very good) colour film arrives and to 1936 when ‘AGFA’ roll film made things more portable, reliable and affordable.

Our first contributed photograph comes from 1935 and the wedding of Sarah Rossi’s Great-Grandparents. A little bit faded but we love it! Bear in mind it was taken during the longest and deepest recession in history. There are some lovely smiles, impressive dresses and cool flowers going on here!

We are so grateful to Sarah, she'd contacted her Grandma Mrs Jean Apps, who's the Daughter of the couple in the last photo, and here’s Jean’s wedding day in 1960! Jean was also able to tell us that film back then was really expensive still and sometimes Bridesmaids were chosen if they already had a nice dress!

One of the things we were intrigued by is the little girl in the second picture, shading her eyes – it look like a tiny version of Sarah Rossi who’s wedding to Max we covered this year. Here's Sarah and Max on their big day

It's a bit difficult to explain sometimes, how we feel about our work - but adding another chapter to a family history in photographs does feel like a privilege. It's something we're ever so proud of.

Skipping ahead just a few years to Christmas day 1945 we were lucky to have this picture of Beckiee Cotterell’s Great- Grandparents, it’s wonderful! Just 3 months after the war finished, and with Great-Grandad still in Naval uniform, it’s been hand painted as colour film was still very expensive.

Beckie also sent her Grandmother's wedding picture, taken in 1970 which includes her Great Grand Parent's (see above) on the left. It's a really traditional look but this time shot outside and not in a  studio location.

Our great friend in Canada, Claude Ethier sent us this beautiful picture of his Mum and Dad, George and Jacqueline in 1946 in Northern Ontario – this one's in a studio and taken immediately after the wedding breakfast and before leaving for their honeymoon. Claude says that this one photographic studio used the same backdrop for every wedding portrait between 1935 and 1955!

Stepping along to the 1960’s we have some lovely pictures sent by Shelagh Turner, of her own wedding. Shelagh is now in her 80’s and says she wishes the photographer had taken pictures of her traditional East End ‘knees up’ in the evening. He’d already left after the ceremony to make a set of proofs of the days events which he then came back to the reception with and sold to the guests! Giving the wedding photographer some credit, he was brave enough to actually shoot some documentary pictures whilst the wedding was happening, which was pretty revolutionary at the time, here’s one of Shelagh’s service. The move from one portrait in a studio, to just some formals shots outside the church to actual 'live' wedding shots was happening even 60 years ago!

Our last photo comes from Leanne Partridge whose wedding we’ll be covering in the coming year,  it shows her Grandma and Grandad cutting their wedding cake, non-studio, and a beautiful shot for the time.

We’ve really enjoyed looking through the snippets of history, so generously shared. ‘Thank you’ to those who contributed, it's really appreciated.

We really noticed how much more ‘real’ and emotional modern wedding photography is when compared to early staged studio shots. We still encourage Brides and Grooms to have around 6 'traditional family group' shots but it's a tiny fraction of the coverage really. The majority is more like a storyline to explain the day. It catches the smiles and the details to give a real feel of what happened. Even our ‘portrait’ shots of the couple are much less staged and formal. We try really hard to help the couples personalities shine through, so that no two portraits are the same.

From a personal point of view (Neil here BTW) I don’t think we could cope with working in a studio every day, particularly taking the same picture with the same backdrop and lighting, it’d drive us mad! Having to ‘tap-dance’ our way through the day, dealing with changing circumstances, light, location and weather, keeps us interested and creative. It makes us learn new techniques and strive to get the very best out of the day for the couple. I know Lisa feels the same. It’s a great responsibility to tell a story through wedding photography but the rewards when a couple and their family thank us are worth all that effort. We hope we can do the same for you soon!

Just a little update to this wedding photography history blog as something wonderful happened! 2 photo's up you'll see Leanne's Grandma Shirley on her wedding day? Well Leanne chose Shirley as one of her Bridesmaids and our photos of this lovely event got into the Metro, Express, Daily Star and Daily Mail newspapers! 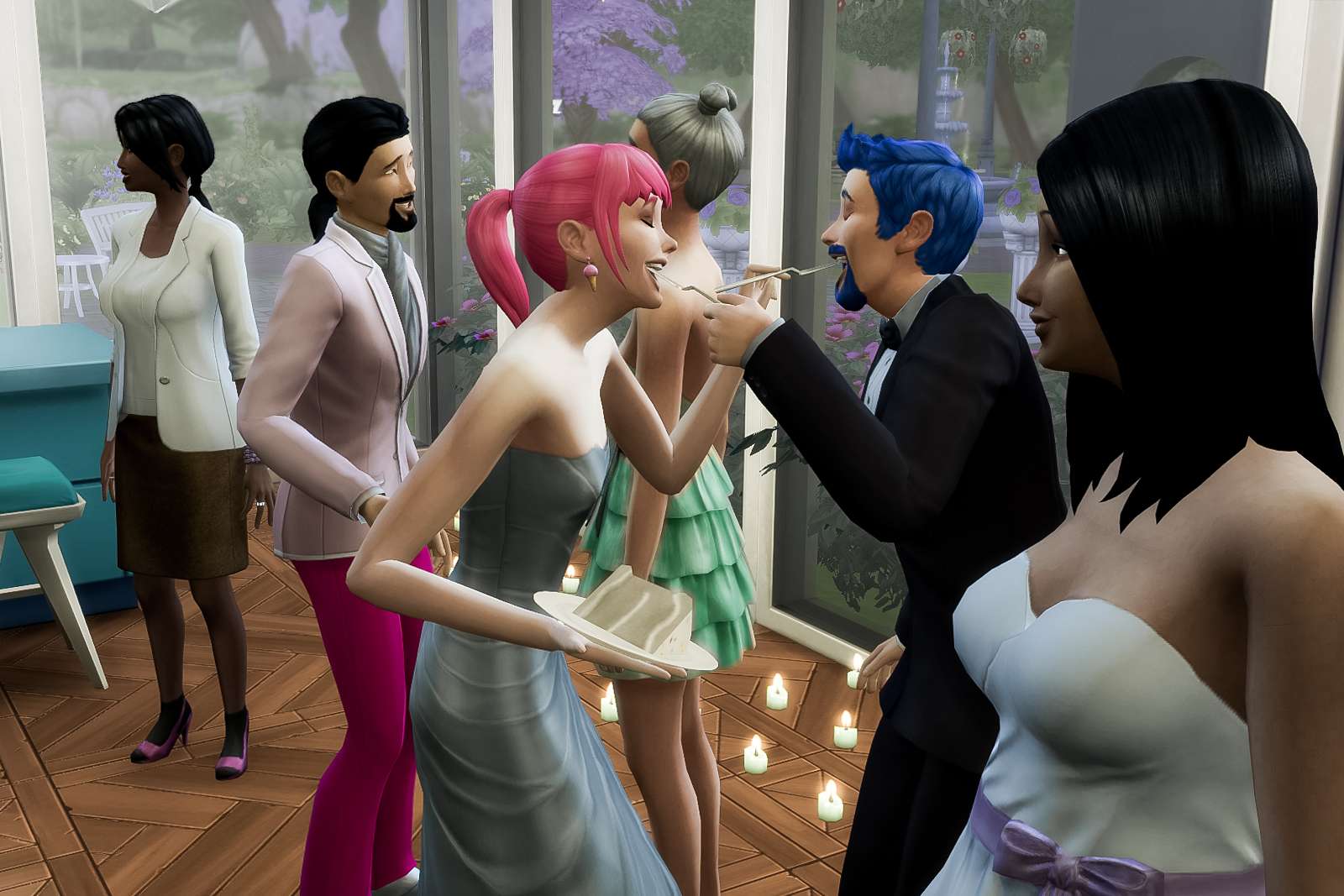 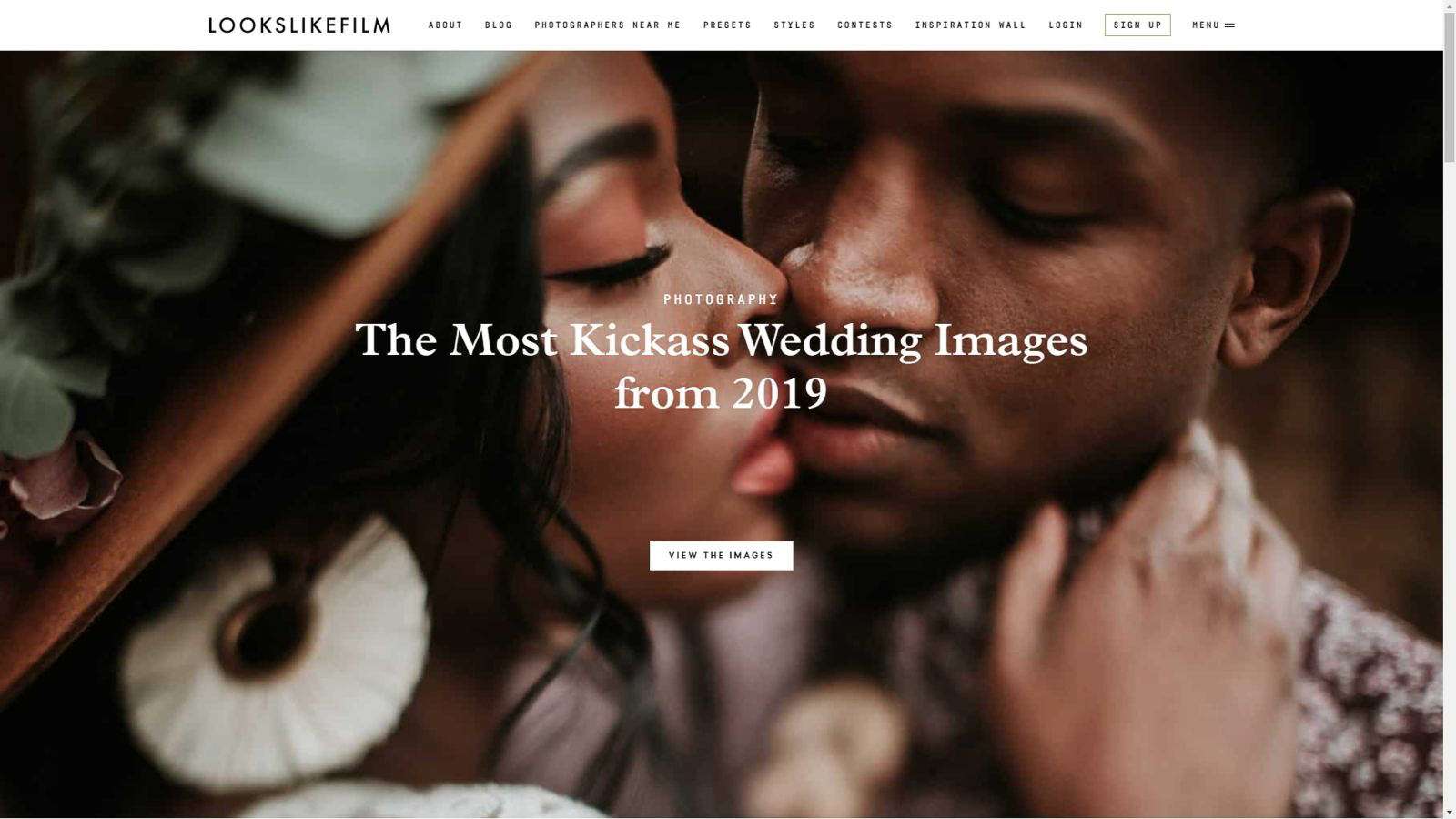 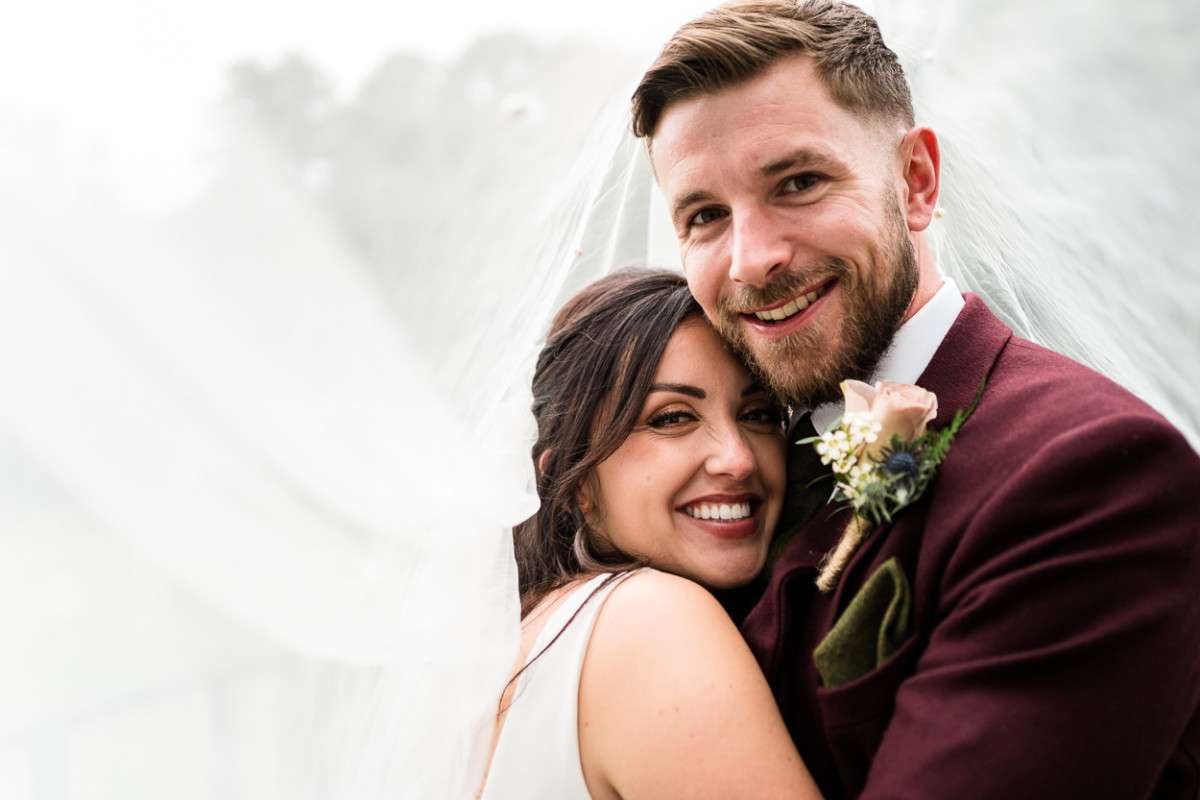 A perfectly laid back Autumnal wedding at Easton Grange